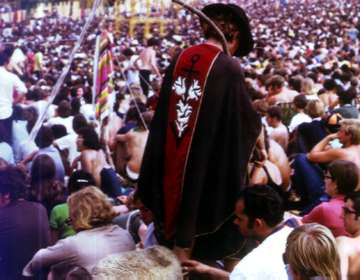 The hippy event is not just a live act. It is a state of mind which influenced the people who went to it and generations after that. It could be identified with the hippy movement and not just that. Rock singers were there. Names like Santana, Janis Joplin, Creedence Clearwater Revival, Joe Cocker and Jimi Hendrix speak for themselves.

After that other legends came and sang there. A tribute to those people is in the form of a museum. It is going to rock on even though the federal government pulled $1 million in funding for the memorial to the famous hippie fest.

Officially, the Woodstock museum is known as the Museum at Bethel Woods, and is due to open next year. Bethel is the upstate New York town where organizers eventually put on the three-day Woodstock Music and Art Fair in 1969. “Our plans haven’t changed,” said Ellyn Solis, spokeswoman for the Bethel Woods Center for the Arts, which is developing the museum as the newest part of its 2,000-acre performing arts venue.

The event was named “three days of peace and love,” and drew about 500,000 people to the natural amphitheatre on Max Yasgur’s farm. That is the reported number but it is probably not accurante since there were people there who were not accounted for. The museum is being built on top of the hill near where the stage was located. Thousands of people visit the site each year, where a stone monument is currently the only marker.