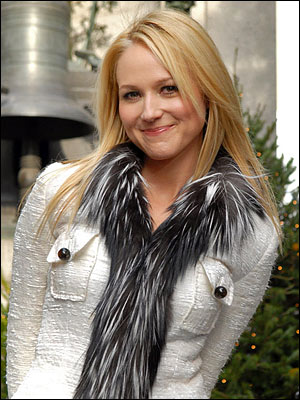 The gorgeous blonde has recently lost some fans due to what they call a shift to country music. But her response is the same, no matter how many times she is asked about this. The acclaimed singer-songwriter is trying to explain why even though the music on her seventh record, “Perfectly Clear,” is a departure from the smooth dance-rock of 2003’s “0304”.

Basically what she said is “I haven’t gone country. I didn’t wake up and become somebody else. I’ve been writing this album since I was 16.”. “I don’t think country is something you can fake,” she says. “I don’t think someone can wake up one day and say, ‘I’m going to go country,’ without it becoming transparent. I had this record planned in my head for a really long time.”

What’s more, she claims that the record label is what’s been keeping her previously from doing this sort of music which is more to her taste. This has been a problem for many artists, and as it turns out, not even pretty dance-rock princesses can get away from it. But still, we have to admire her for what she’s doing and for singing what’s closest to her heart: that’s why rule.

“I tried since I was 20 to get my label to work me at country radio,” she pauses. “‘You Were Meant For Me’ (from 1995’s breakthrough ‘Pieces of You’) should have been a hit on country radio. It’s a country song on that album. But they didn’t want to work it at country radio; they worked it at pop radio.
“Now, I’m not going to sit here and complain,” she continues. “I went from being homeless to that album selling 11 million copies. I’m thankful pop played it. But I think if I was signed now, I would hands-down be considered a country artist. I don’t think that anyone would look at me as pop because pop has become the Pussycat Dolls.”