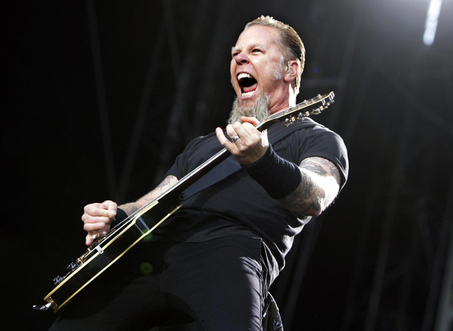 It seems more and more bands are starting to release their material through  unconventional and exclusive distribution methods. Only this year there’s been [tag]Paul McCartney[/tag] with his Starbucks Memory Almost Full, the famous [tag]Prince[/tag] Verizon mobile released single “Guitar,” [tag]Eagles[/tag] comeback album “Long Road To Eden” released exclusively in Walmart stores and a lot lot more. We live in a digital age of piracy, so I guess artists have to find new ways of promoting and pitching their records.

The latest  group to be rumored to join the list of “sell outs” is rumored to be heavy metal goliaths [tag]Metallica[/tag], who allegedly intend to release their first single from their upcoming new 2008 album exclusively via the new console phenomenon Rock Band. Here’s what Paul DeGooyer, MTV‘s senior vice president of home entertainment, has told the Rocky Mountain News:

“There are a couple of things we’ve committed to, one of them with METALLICA for example,” DeGooyer said. “They’ve reserved the right to give us their first single from their new album for the game.”

This could lead to a lot of fan upset, as they’ll probably need to buy the game (a PS 3 as well if they don’t have one) , not the album, to actually hear the single. Fans are “resourceful” individuals though, so I don’t think there’s gonna be a risk of hearing Metallica’s new single solely through your TV set’s speakers.