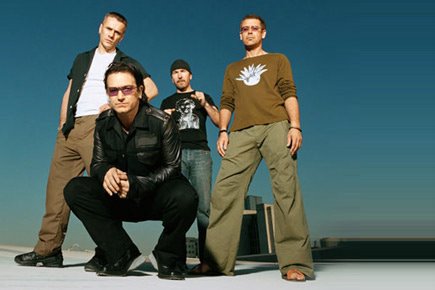 It seems the people behind [tag]U2[/tag] aren’t too fond of the Radiohead model of selling their latest album, In Rainbows. Specifically, U2’s manager Paul McGuinness confessed recently that he feels that Radiohead’s pay-what-you-want policy “backfired.” He also assured everybody that in no way U2’s upcoming album, that will probably see the light of day sometime in October, will be released in a similar fashion with In Rainbows.

The manager’s main argument behind his statement was that most fans who downloaded the album did so through illegal means, despite the album being available for a nominal amount legally.

“60 to 70 percent of the people who downloaded the record stole it anyway,” he told BBC 6 Music’s Music Week, “even though it was available for free.”

Speaking about how U2’s album will be released, McGuinness said, “We will obviously work with whatever technology is available to make the release of the new record as interesting as possible.

[But] for U2 physical sales are still an enormous part of our business and we still sell a lot of actual CDs.”

I’m not quite sure Mr. McGuinness understood what the whole concept, behind Radiohead’s release pattern. I don’t think the band was really after making a profit (although they cashed in big time), but rather to prove that the record labels aren’t unstoppable and the band’s aren’t to be bullied with. It was more of a experiment, if you will. The U2 management apparently is still living in the digital dark age, add to that an obvious desire to make as much money off the fans as possible and you’ve got potential for a disaster. Remember, guys, the torrent trackers won’t forget about you too!