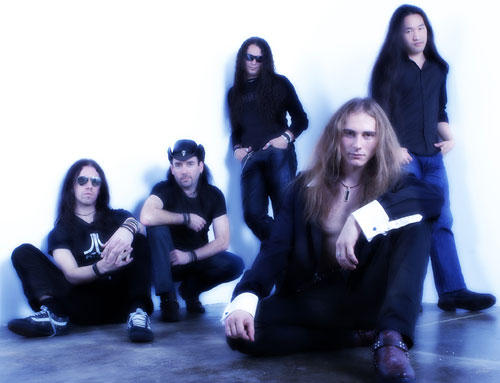 It’s been a while since I’ve heard anything about the epic power/speed metallers from Dragonforce. Well, as it turns out, they’ve been working really hard to release their new album, “Ultra Beatdown”, on August 25 via Roadrunner Records.

“It’s not going to be majorly different. But hopefully the melodies will be nicer, the guitar solos will be better, the production will be better. You just try to improve in every area.” Vocalist ZP Theart added, “There isn’t much to change, but yet there is. The last three albums have been very much guitar-orientated, and this one probably will be as well, but I want to try to do some extra coloring in with the vocals.”

But he’s not the only one who took the time to talk. Herman Li also spoke his mind:

“Bands always say, ‘Our new album is faster and heavier,’ and then it’s never true, so we’re not gonna say that. But playing fast just works for us. People who say we play too fast are probably right, but guess what? There’s a million other bands that play slow. People listen to DRAGONFORCE and go to the show because they know that we’re doing something other bands aren’t doing.”