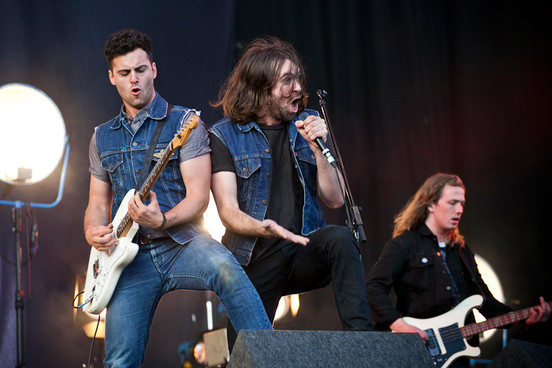 There’s some misunderstanding in The Vaccines, that’s for sure. Earlier this year, guitarist Freddie Cowan came out strong to criticize Rihanna, explaining she isn’t a real artist.

“Rihanna isn’t an artist – she has 15 writers, 15 songwriters and 15 producers all fighting for space on her albums and she’s the face of it. I have nothing against it, but I don’t want to be associated with it.”

Everything seemed fine, it’s a valid point of view, no question there. But frontman Justin Young has a different idea. He believes Rihanna is every bit as important as Radiohead, for example.

“I just feel bands can be misunderstood, and I think people can over-intellectualise music. I think an artist like Rihanna is as important as a band like Radiohead. They serve different purposes, neither is more important. As for us, people might think of us an indie band that got big, but I think of us as a small pop band.”

Whoa. Seriously? I mean, back in the day, Rihanna sounded somewhat fresh in a pop scene with all the same faces, but since then, she just sank deeper and deeper into… whatever it is the pop industry does these days. If you ask me, bands like Radiohead are special not only because they play freaking awesome music, but because they bring something new to the table. What is it that Rihanna innovated again? Oh, she can’t do that, because she doesn’t write her own music. Damn.

In other news, The Vaccines are planning a new your, where they will be supported by Diiv, Deap Vally and Pale. Tour dates are: