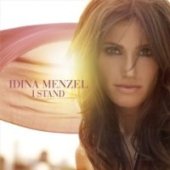 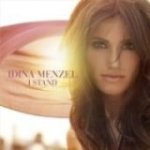 Already a star on Broadway, Idina is here to pleasure us with an album. Before anything else is said it must be mentioned that she has enlisted very talented veteran Glen Ballard, best known for his work with Alanis Morissette’s 16-times-platinum Jagged Little Pill; he has also worked with the likes of Shakira, Christina Aguilera, Annie Lennox and Celine Dion and he produced and co-wrote almost every song here.This album is an unexpected and very pleasant entry in the pop stage, which appeared to be monopolized by some titanic figures. If it has to be characterized in just a sentence, that sentence pretty much this way: a short collection of truly gorgeous songs with a nice message.

Idina is a terrific singer, and I was awed by the things she can do with her voice; and it sounds so genuine. After the first 20-30 seconds of the album you will probably be hooked to it even if you’re not a pop fan. I know I’m not and strangely enough it made me listen to more and more. But it all ends pretty much, that being the main downfall. With just 10 short tracks it just feels that it could be really majestic if it had a few more tunes. Her talent is obvious and she definitely set some high standards for herself and her Broadway skills helped her a lot establish a classic feel for the album; an album which talks about hope, faith, love, loss very deeply.Anyway this is recommended for all sorts of listeners as it is filled with various hooks and messages. Pop fans, Idina fans, or just those who want an enchanting and original musical experience, this is a great choice. A very pleasant surprise which shows a much needed dimension of today’s pop music.Tracklist: