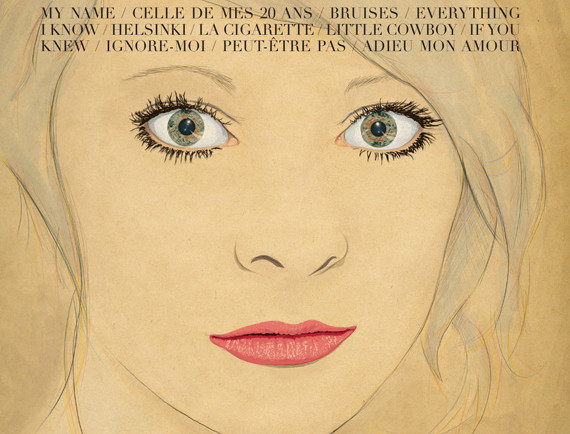 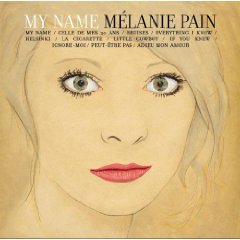 Pop music has just updated its own definition through a new album released by Nouvelle Vague‘s lead singer Mélanie Pain. It’s her first solo album after 5 years of non-stop touring with the bossa nova band. She first released her album in Australia and New Zeeland on April 19th, which has been followed by the official European opening in Paris, on the 21st of the same month. The album can easily be classified as pop, but the french singer combines it with fresh sounds of American folk and country.

Her main satisfaction with the album is that she finally got to sing in French. Having only her experience with Nouvelle Vague, mainly doing covers of new wave/post punk bands such as Joy Division, Echo & the Bunnymen, Depeche Mode etc., or the very short collaboration with M83 and Villeneuve, where she only lent her voice for just a couple of songs, she stated that through her album, she is not just a voice of a band, but a true singer, an original artist and obviously, quite a good one. She wrote all the lyrics of her debut album and worked on it for almost two years. Of course, she received the help of Nouvelle Vague’s main member and producer, Marc Collin and from Villeneuve, as well.

Her album, however, doesn’t only contain her wonderful voice, but also a duet with Julien Doré. Moreover, the album also contains a cover of “Little Cowboy”, first performed by Harry Nilsson. In fact, one can easily notice, throughout the entire album, that Melanie Pain has been influenced by her all time favourite singers, such as: Nick Cave, Nancy Sinatra and PJ Harvey. The album contains 11 songs, and the duet with Julien Doré has also been previously released as a single, perhaps to give you a taste of what her album would be about.

Nouvelle Vague fans will easily feel a familiarity towards the album and I’m sure everybody will like it. And until Nouvelle Vague relase their 3rd album, in June this year, where Mélanie will perform 3 songs (covers like “All my colours” from Echo & the Bunnymen, “Master & Servant” from Depeche Mode and “God Save the Queen” from the Sex Pistols) we can listen to her own work. It’s a good album, definitely worth listening to. You can listen to all the songs here, and if you like them, and think that you might want to buy the album, go here.