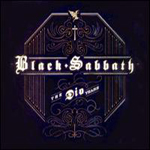 The original lineup is mythic and any change is probably a sacrilege but it’s easy to overlook how far they slid by the time [tag]Ozzy Osbourne[/tag] up and left the band or how far they rebounded after they hired Rainbow singer Ronnie James Dio as his replacement.

They have released many compilations over the years and they celebrated the innovations of the first four albums.But until Rhino released the aptly titled The Dio Years in early 2007 there has been a good retrospective of the years when Dio was in. He joined in 1980 for Heaven & Hell and lasted about two years. His influence is powerful and he has made his mark in the band legacy. He marked the last years that Sabbath was truly an active band before reuniting with Ozzy in the ’90s.

The time that Dio has in the band is brief but they owe him a lot as he help Sabbath make music that could be just as fine as the classic lineups finest moments. He made the band harder, nastier, and a little faster than it used to be; sacrificing the slow sludge of the early Sabbath records he made it fit with the New Wave of British Heavy Metal at the beginning of the ’80s.

The lyrics are somewhat influenced by Dio’s lyrical obsessions and at some moments it sounds even silly. This album shows the nastier side of the [tag]Black Sabbath[/tag] orchestrated by Ronnie James Dio which used to be the Rainbow vocalist. For those of you who think that the band ended after Ozzy left you might find this compilation revelatory and notice the fine aspects of this latter-day incarnation of the band.