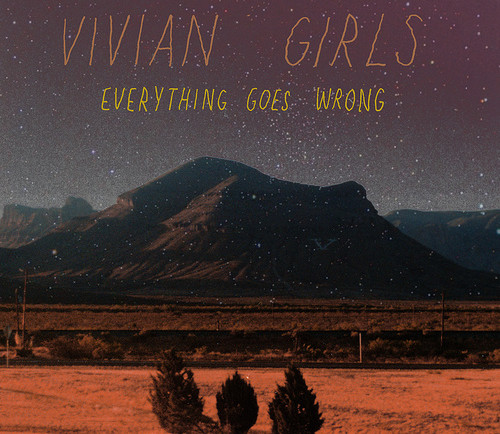 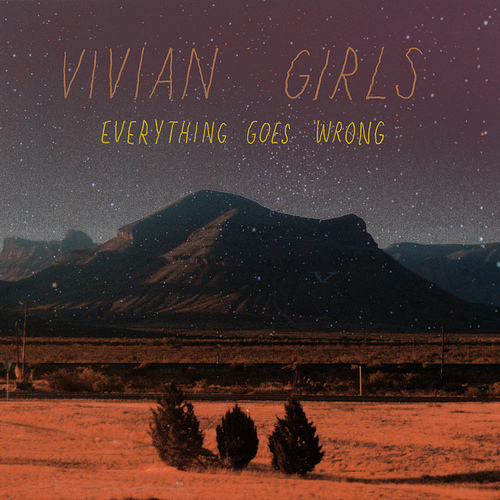 Don’t threat people, there’s nothing really going on with the all-ladies Brooklyn trio, apart from releasing a new, juicy album that is. Last year’s incredible, albeit very short self-titled gained the Vivian Girls a lot of praise, especially from behalf of music blogs like the one you’re reading now, but also attracted some criticism because of it’s lyrics. Now, only 12 months after their well received debut, time in which they’ve extensively toured the country, playing all the big indie festivals, alongside huge acts like Sonic Youth, the Vivian Girls are more than ready to release their sophomore LP.

Like most of you may have guessed from the title, the new album is titled “Everything Goes Wrong,” contains 13 tracks and is said to be a lot, lot lengthier than the first one. Not only is it going to be a longer album, though, it’s going to have a slightly different sound, more moodier, influences like Gun Club and Neil Young being cited.

“We recorded 15 songs, but if we put them all on the album, that’ll be an hour’s worth of music, so we’re going to have to cut some of them out,” Ramone goes onto explain. “Our last album was like 22 minutes, so we figure if this album is longer than 44 minutes that’ll just be insane. It would be twice as long.”

Well, yeah, I guess it kinda makes sense. Recordings were held sometime in March and it’s said the band managed to finish it in six days versus the three days it took for the debut album to complete. Does this means we might get a more mature, baked album? Hopefully. Everything Goes Wrong will be out in September 8th via In The Red . Tracklist right bellow – also, for those of you unfamiliar with the band, check out my favorite track of Vivian Girls’ debut, “Tell The World.”