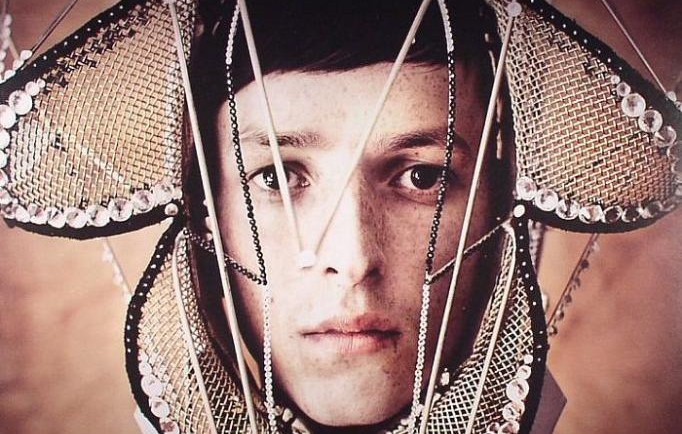 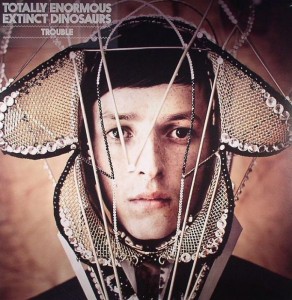 Totally Enormous Extinct Dinosaurs (TEED) is a name created by the cleverly imaginative Orlando Higginbottom. Even his name oozes originality and creativity. You may have heard his song “Garden” which is featured on this album, backing the recent Nokia Lumia advert. He is definitely a new artist that wades in the mainstream and strides in the underground.

Listening to this album for the first time after only hearing his song “Garden” made me realise his diversity and the strength of the album. It is a creation including pop-synth, flamboyant vibes. Perfect for a summer dance party. Even listening to it made me imagine myself in a room with people dressed in the same gear as Higginbottom himself on the album cover. His style of clothing could be said to reflect his music; tribal headdresses, homemade onesie pyjamas. Overall funky vibes.

The most diverse track – in my opinion – on the album would have to be “Household Goods”. Its slow synth start and quiet vocals build up to the main synth-bouncing drop 46 seconds in. The opening track “Promises” doesn’t disappoint; its introductory electronic dance beats are definitely something that sells it to you – to keep listening. It’s definitely something in the first track that makes you think this album will take up most of your ears time this summer. But every track is different. “Your Love” reminds me of something that is played in a club, MGMT style, lovely pulsating beats that just makes you tap your feet even while sitting down, and even the vocal-less “American Dream Pt. II” bops its wobbly way into the clubland ground. In fact, the whole album just makes me want to dance, which is probably what it aims to do.

“Trouble” is definitely a creation that has brought the genre of house back to life, in a modern way. For 2012 so far, this certainly is at the top of my “favourite album” list.  TEED is a new refreshing premier electronic dance artist and his first album has absolutely not failed to impress.