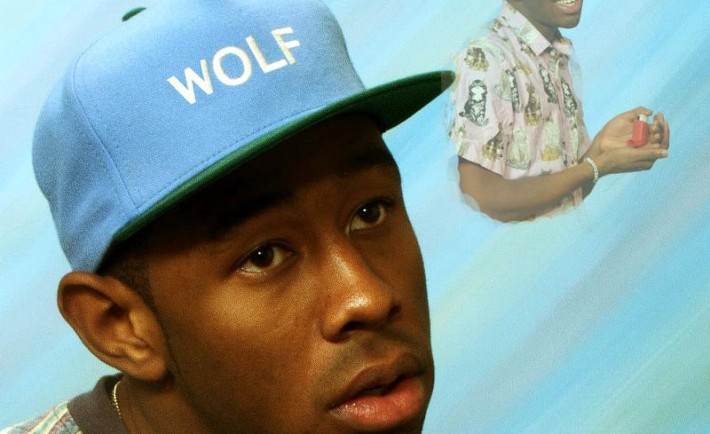 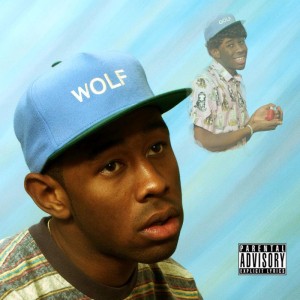 He’s still rude. His beats still aren’t orthodox. If you were expecting a run of the mill, traditional rap album this probably isn’t the one for you. That being said, if you want an exciting, multifaceted, twisted experience, Tyler’s got you covered. There’s so many different sounds and genres packed into this album that it almost positively has something for every hip hop listener.

Most people didn’t catch onto Tyler, the Creator until after the release of Yonkers and the accompanying album, Goblin. But after that point Tyler’s fame skyrocketed and many fans didn’t bother to go back through any of his older material. Tyler is well aware of this fact and realizes that this album could be, in some instances, the first full length project some have heard from him. That being said, it feels as if Wolf is a grab bag of everything to like, and hate, about Tyler. The darkness is there. The gruff voice hasn’t left. The awkward confessions and humor are still present. The major difference seems to be the abundance of quality guest features. Hodgy Beats, Frank Ocean, Pharrell, Domo Genesis, Erykah Badu, Earl Sweatshirt and more all bring something new and interesting to the album as a whole. At some points Tyler seemed to be heading in a jazzy, experimental direction and at others he seemed to be staying firmly in his alternative hip hop niche.

I’m not sure if Tyler wants to be taken seriously or not. Based on tracks like “Lone” and “Colossus” you’d think he’s trying to fight off his demons and take a sullen turn. Then on tracks such as “Trashwang” and “Tamale” he seems content with making ironic, ridiculously funny music. This album could almost be summed up as bipolar, with some tracks even having two completely opposite messages within the same song. While confused messages and schizophrenic lyrics are normally considered weaknesses of an album, Tyler found a way to make it all work in his favor. I’m not sure exactly where Tyler is going, but whatever direction he heads in seems to produce truly entertaining music.