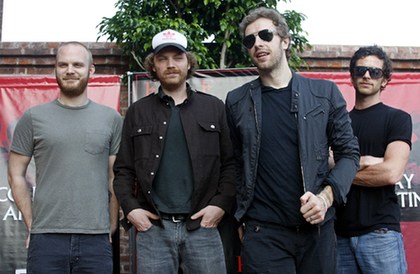 Coldplay, the famous British soft-hard-rock-pop-eclectic quartet, have just recently taken to the interwebs and revealed their latest album’s tracklist and, of course, title. The new record will be called “Viva la Vida,” most probably influenced by their stay in Barcelona, where they recorded the album and will contain just 10 tracks. The groups forth studio effort was set to be initially titled “Viva la Vida or Death and All His Friends,” but luckily (for all our sakes) Chris and co. decided to shorten the name a bit. After the jump you can check out the tracklist and a trio of tour dates, part of what will soon be a massive undertaking. Viva la Vida gets out on June 16 in the UK via Parlophone/Capitol. Oh and if thought Coldplay was boring, wait till you read this.