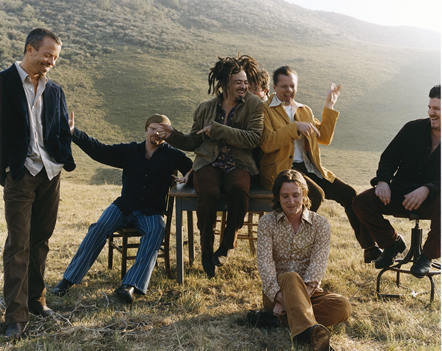 Well I dunno about you, but I’m eagerly awaiting their new album; it’s among the top 3 in my most expected list this year. But aside from their studio work, they’re doing so much other things that keep them close to the fans and in the spot light.A really uncommon thing they’re doing is the fact that they’re going to attend some college shows; this is really great and I know some people are thrilled. Here are the dates for those shows:
Chicago 4/10 – Northwestern University (open to students only)
Kenosha, WI 4/12- Carthage College/ (open to students only)
St Paul, MINN 4/13-University of St. Thomas (open to students only)
Lawrence, KS 4/16- Liberty Hall (Tickets go on sale March 15 at 10am through ticketmaster.com)

Aside from those gigs, they’re also going to play usual shows, and they’ve also announced some extra gigs! Great news for us fans in Europe. Some people really complain about Adam’s singing, because he doesn’t sound as good live as he does in the studio, but that’s just because he tries to catch the exact emotion. I really love their shows, but if you don’t, you can just buy their albums instead of their tickets. Here are the dates: