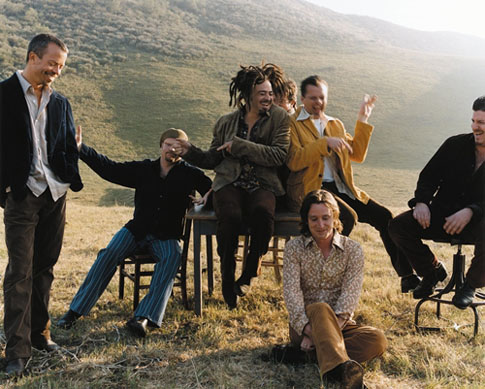 It’s been 5 years since [tag]Counting Crows[/tag]’s marvelous last album, Hard Candy dropped on a hot summer day of 2002. Now the Californian seven piece band, are preparing to release their highly anticipated followup, titled “Saturday Nights and Sunday Mornings.”It’s a really different album, in terms of concept, like nothing the band’s done before. In short it’s a record centered around redemption and regret, being split into two parts (it’s all on a CD though), one side being comprised of rockers (Saturday Nights), while the other is packed with more country/folk like songs (Sunday Mornings).

“Saturday night is when you sin and Sunday is when you regret. Sinning is often done very loudly, angrily, bitterly, violently.” adds frontman Adam Duritz

Bellow you can find two mp3s from the upcoming album, each from a different side of the record, as well as the full tracklist. Saturday Nights and Sunday Mornings is out March 25, 2008. UPDATE: mp3 links fixed via 9 Bullets. Sorry about that. 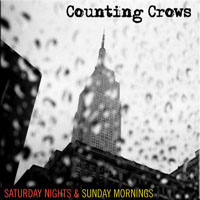