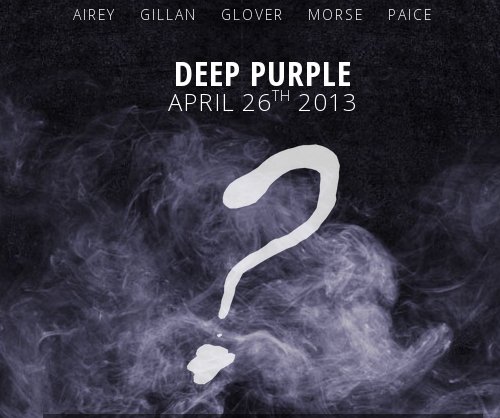 The rock legends are back ladies and gents, and we’re really really excited to see what they have sound like after all these years. But until we get our hands on the actual songs in April, we’ll just have to settle for this little teaser.

Producer Bob Ezrin, who also worked with Pink Floyd, KISS, Peter Gabriel, Alice Cooper, Kansas and others said the tracks are “the perfect match from the original spirit of ’70s Purple, and a fresh and modern production.”

Some of the song titles we’ve got so far are “Out Of Hand”, “Hell To Pay”, “Weirdistan”, “Uncommon Man” as well as “Above And Beyond”. But if you’re expecting to see a more mature side of Deep Purple, then you’re probably in for a surprize.

“It doesn’t really come from the head. It comes from everything: instinct, the body, the fingers, the playing, the singing… it’s what feels good. It’s very difficult to define what a Deep Purple song is; it’s whatever we do, actually – we write the rules”, says bassist Roger Glover.

Their previous album, “Rapture Of The Deep“, was released back in November 2005 peaking at No. 43 on Billboard’s USA “Top Independent Albums” Chart with 2,500 copies sold within the first week – not quite the kind of success you would expect. This album, I believe, will make a much bigger bang. The record will be released on the following dates: