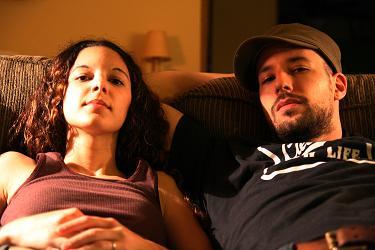 mr. Gnome (notice the lower cased ‘m’) is a emerging Cleveland duo, that’s been getting some pretty high profile attention lately and righteously so. Their style is a bit hard to center, ranging from art rock, to pure punk, to some kind of prog metal, but whatever label their music might carry these two are definitely a talented bunch. On May 6th, after two well received EPs, mr. Gnome will release their much awaited debut full length album “Deliver This Creature.” “Pirates” is the LPs first single and boy does it rock. It’s a eclectic mix of PJ Harvey, Massive Attack, Death From Above 1979 and Cat Power in Nicole Barille’s vocals, all in one place. The end result? Check it out for yourself bellow.