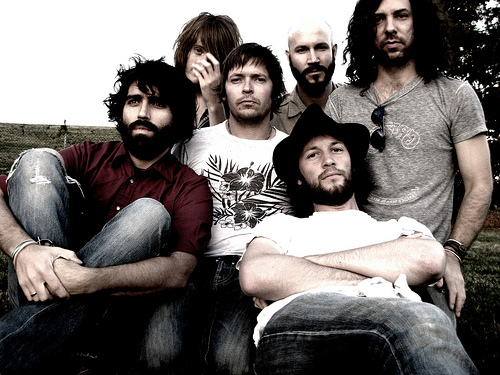 Last year’s “Crimes” by D.C.’s These United States was quite incredible, packing loads of witty garage rock, sprinkled with a touch of sweet folk and gospel. Jesse Elliot’s narrative talents simply shine in his lyrics, such that a remarkable depth in sound is being reached. Yes, I’m in love with These United States’ music, and it’s quite refreshing when you finally see a band with personality, especially considering when you’ve got an evergrowing thick pool of superficial indie acts on your hands.

Worth noting is that the band released not one, but TWO records last years within a few months apart from each other, their very well received debut “A Picture Of The Three Of Us At The Gate To The Garden Of Eden” and the exquisite sophomore “Crimes.” Now, These United States are prepping for their third full length effort, as  “Everything Touches Everything” will get out on September 1 via United Interests.

Nothing much is known about it, appart from this recently released stunning single, “I Want You to Keep Everything.” Check the track out bellow and be sure to catch the band live too (dates listed on These United States’ myspace).