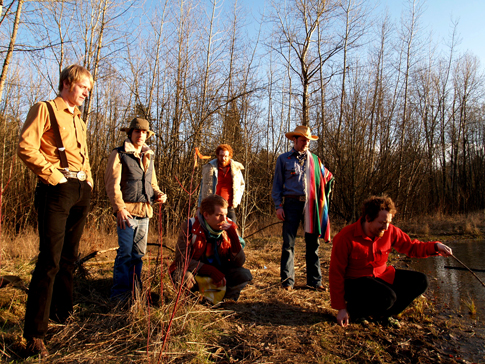 The Portland sextet Blitzen Trapper are set to commence their North American fall tour this nigh in Wala Wala, Wa.  Afterwards they’ll head up hill, until they reach the cold plains of Canada, before arriving in the more warmer shores of Los Angeles, where their close their tour.

* with Two Gallants
^ with John Vanderslice