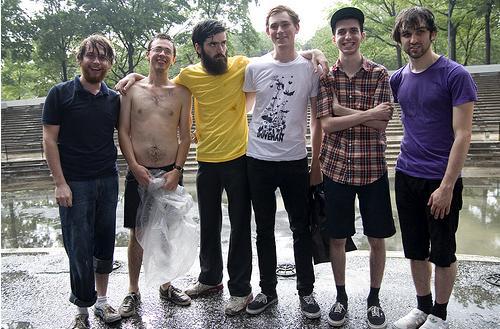 The Glen Rock, New Jersey five piece of Titus Andronicus have made a name for themselves across the years for delivering indie rock with an actual attitude. The band’s debut record, titled “The Airing of Grievances”, was released in 2008 and was immediately met with highly positive reviews. It was loud, heavily distorted in sound, very intelligently written and most of all fun as hell! In only a few weeks Titus Andronicus are set to release their sophomore full length “The Monitor” on March 9th via XL Recordings. Nothing much’s changed, judging, at least, from the first track we had a chance to sample, the head banging anthem “A More Perfect Union”, which spans over a veritable seven minutes of heavy riffage. I like it, and am definetily looking forward for the March of 9th release. Stream and download the track bellow. [via MOKB]