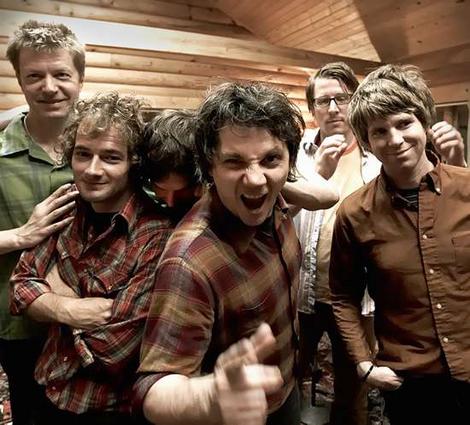 Wilco, one of the most prolific acts of the last past decade, are apparently back on schedule new material-wise, with a new album, their eight, in the works. Our very lucky fellow journalists from Rolling Stone had the chance to catch the band working in their home-town Chicago studio, where they sampled no less than seven new tracks off the new, yet untitled, album, currently scheduled for a June release. The fine RS gentleman diagnosted a “sick album” heading our way, so here’s another LP to look forward in the summer. So far, confirmed track names include “Wilco, The Song,” “Deeper Down,” “My Country Has Disappeared” and “Sunny Feeling.”

Most of the current recording session went out in January, in a studio in New Zealand. Production wise, Jim Scott is back on the mixing table with the band, with whom Wilco recorded three of their past albums – “Being There,” “Summerteeth” and “Sky Blue Sky.”

Here’s two songs off the new album played by the band live in on the Colbert Report and Indianapolis. [via you ain’t no picasso]