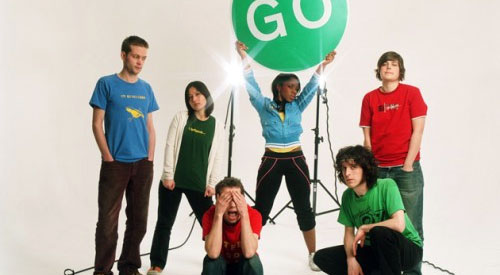 I don’t know about you guys, but [tag]Go! Team[/tag] are really one of my favorites indie bands, I mean ever since they put on “Thunder, Lightning, Strike” I’ve been mesmerized by their awesomeness ( I’m a drum freak, so the two drummer that are in the band simply make my day) and have been on repeat in my iPod for a long time ( now it’s QOTSA and Grizzly Bear’s turn). For all you US fans, Go! Team have prept a all American tour, in support for their upcoming new album “Proof Of Youth“, due on September 11.