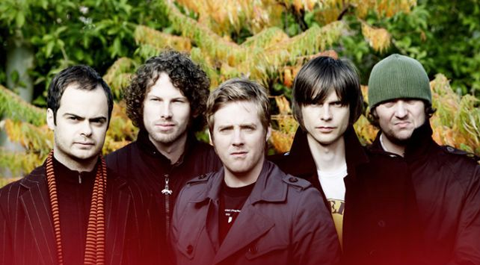 It seems bands are getting a nasty habit for canceling gigs, no sudden illness has  struck the [tag]Kaiser Chiefs[/tag], but rather urge for new material, at least that’s what they say. Here’s the official press release:

“We’d like to apologize to fans in America and Canada, especially those who have already bought tickets, but something had to give. We’ve been extremely busy all year and had no time to focus on the future, we plan to have new material out as soon as possible and we’ve wanted to record all summer. This needs to happen before our European & UK shows at the end of the year so we can play a few of our new songs live, we’re keen to explore new ground, beyond the sound of our first two records, so we’re headed back into the studio to begin that process.”

Those who’ve bought ticks in advance will be of course refunded. Will be interesting to see if the Leeds quintet can manage mixing up a batch of songs in 1 month time for some UK shows. Their still be performing this weekend at the Austin City Limits festival and a gig cross border in Mexico, lucky you. Here’s how the current tour dates look like: