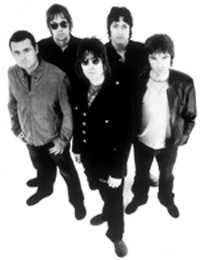 Noel Gallagher, the lead songwriter and guitarist from the British rock band [tag]Oasis[/tag], was interviewed by BBC, regarding the band’s cover of Sgt Pepper’s Lonely Hearts Club Band, by the [tag]The Beatles[/tag]. Oasis recorded a version of Within You Without You, to commemorate 40 years since Sgt Pepper’s Lonely Hearts Club Band was released, considered the most influential album of all time by prominent critics. Oasis joined Razorlight, Kaiser Chiefs, Bryan Adams and The Magic Numbers in the studios,where each band recorded a song from the 40 year old masterpiece.

After answering a series of questions regarding The Beatles covers, Noel told BBC that they will shortly begin work on their seventh studio release, on the 3rd of July.

“The songs are written… but don’t hold your breath because the last album took three-and-half-years and three goes!

“It would be great if it was done by the end of the year and we could get out on the road by next summer, but that’s insane wishful thinking.”