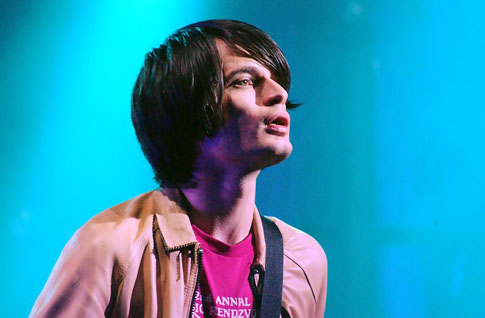 The [tag]Radiohead[/tag] lead guitarist and part time lyrical guru, alongside Thom Yorke, has graciously accepted to respond to a few questions, pondered by our colleagues from Rolling Stone and NYC’s Gothamist. Questions range from general “In Rainbows” info, like it’s particular distribution method, it’s sound quality and over all sound; to Johhny’s recent solo work that includes a orchestra composition and a Paul Andresson flick soundtrack.

Gothamist: What’s motivating the band to distribute the album this way?

Jonny Greenwood: Just getting it out quickly. It was kind of an experiment as well; we were just doing it for ourselves and that was all. People are making a big thing about it being against the industry or trying to change things for people but it’s really not what motivated us to do it. It’s more about feeling like it was right for us and feeling bored of what we were doing before.

Gothamist: Why give people the option to pay whatever they want?

Greenwood: It’s just interesting to make people pause for even a few seconds and think about what music is worth now. I thought it was an interesting thing to ask people to do and compare it to whatever else in their lives they value or don’t value.

Gothamist: Have you gotten any figures of how much people are choosing to pay?

Greenwood: No we get the numbers tomorrow supposedly. Yeah, I don’t know. The more exciting thing for me is just hearing it on the radio today and knowing it’s landed on everybody’s desk at the same time. That’s what’s exciting. But yeah, I’m sure our manager will have some idea soon.

And over at Rolling Stone. The same questions were kinda asked, with similar, often the same answers, but some interesting one were pondered as well, like the In Rainbows quality and future touring plans.

Rolling Stone: How would you respond to complaints about the sound quality — that 160 isn’t a high enough bitrate?

Greenwood: I don’t know, we talked about it and we just wanted to make it a bit better than iTunes, which it is, so that’s kind of good enough, really. It’s never going to be CD quality, because that’s what CD does.

Rolling Stone: What are your touring plans?

Greenwood: That’s exactly what we finally started talking about. Now that the album’s out, we can get together exactly how and where we’re going to tour.