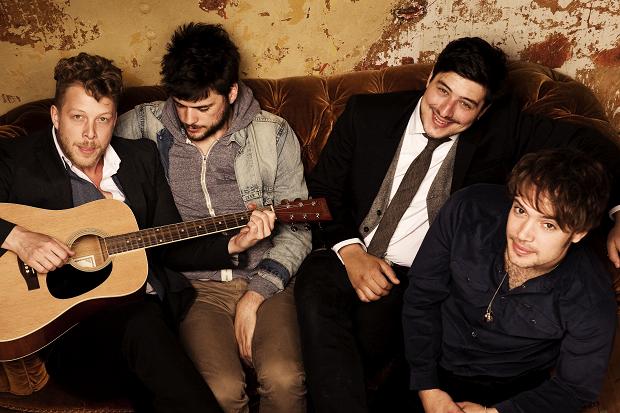 It’s as simple as it sounds: Mumford and Sons will go on a hiatus, and the hiatus won’t end in the forseeable future. The band revealed their plan to take a break following a mammoth tour of their newest album “Babel” which won several Grammys, broke sales records and ended in Kansas.

“There won’t be any Mumford & Sons activities for the foreseeable future following Friday’s show,” said keyboardist Ben Lovett on what will be their first break since finishing tour duties for 2009’s “Sigh No More” wrapped up

Now, of course the next question was how long this break will last, and if it’s permanent.

“We have no idea. We just know we’re going to take a considerable amount of time off and just go back to hanging out and having no commitments or pressure or anything like that. It feels like the last week of school right now, before school holiday when you’re in high school. The atmosphere on the road is one of … I think everyone’s excited about being free of schedules.”

Ben continued hinting that they’re feeling tired from all the touring and possibly a little burned out:

“I don’t think we’ve had actually much time in the process to be with other people and living a life outside of the band. I think that’s what’s in place at the moment, to do very little – especially when it comes to Mumford & Sons.”

“These shows take a bit more out of us,” said Lovett. “We have a bigger responsibility to be in better form. We can’t be dropping the set 20 minutes because Marcus has tired legs.”

So… place your bets – when will Mumford and Sons be back? Are we looking at a small rest break, or is it something more serious? Is the entire band threatened? If you ask me, it’s a 6-12 month thing.