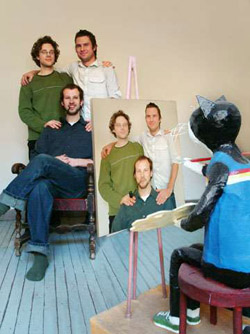 I’ve written a bit in the past about one of my favorite indie newcomers, the Canadians from Plants and Animals, but what I failed to mention about the band was their dazzling live shows. While I haven’t personally had the chance to see the band in action, even in the various videos on YouTube Plants and Animals truly feel alive.

Now fresh after their SXSW live performance, the band is set to part on a short east coast tour, in the company of Liam Finn and The Most Serene Republic. Tour dates after the jump.

*More dates to be announced soon.