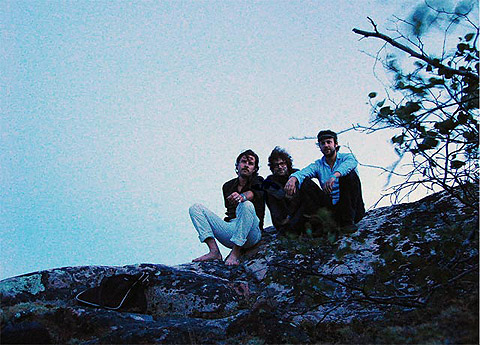 The Montreal trio’s previous sophomore release “Parc Avenue” came in like a mouthful of fresh of air, for me, in a time when I was getting just stick and tired of the whole repetitive sound and style that was going up and about. It’s a record of magnificent eclecticism, one that won over thousands of hearts from the Canadian frozen plains, to the sunny California beaches. It’s hard to resist the Plants and Animals, and for those of us eagerly anticipating a new album, rejoice is ours for the band have recently announced their upcoming LP, titled “La La Land“, has been officially slated for a April 20th release via Secret City Records. Details have been scarce so far, but from what I’ve read, we should expect an equally interesting eclectic release, as well as a nice and long tour. Until April, feel free to check out the latest Plants and Animals song, “Tom Cruz”, which will be featured on the band’s next tracklist.