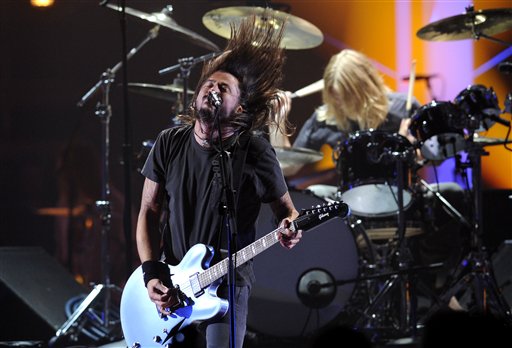 Sad news for Foo fans everywhere, today, after Dave Grohl stated the band will be taking a “long break” from music and have warned fans not to expect a new album any time soon.

“We’ve never really taken a long break, I think it’s time,” he told BBC Radio 1’s DJ Chris Moyles, who he also told the Foos will now officially go on hiatus then return with a new sense of purpose further down the line. He continued:

“After doing Wembley [the band played Wembley Stadium on June 6 and 7] we shouldn’t come back there for 10 years because we’ve played to everybody.

“We’re over in the UK every year, every summer, so I think it’s time to take a break and come back over when people really miss us.”

Of course, we’re rooting Dave and the rest of the guys will return from their hiatus as soon as possible, but then again hiatus’s been another word of break-up for a very long time. Let’s just hope they’ll stay together. After all, the wold couldn’t stand a Taylor Hawkings fronted band!