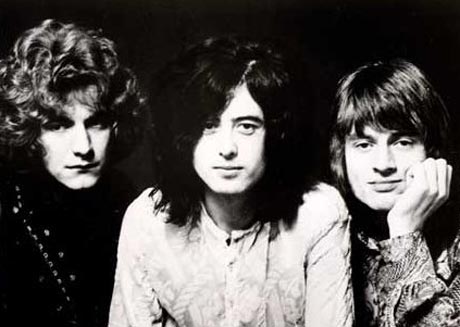 It seems so, all facts lead to it, although a few months back Robert Plant denied any such rumors, in his characteristic fashion, saying “If there was one, then there wouldn’t be enough doctors to support it!”. What facts, do you say? Well for starters at the beginning of the week English ticket adverisers put ads out offering tickets for a Led show at the O2 Arena, London. News has it founding members Jimmy Page, Robert Plant and John Paul Jones together with late drummer John Bonham’s son Jason on drums are set to play there the first gig of a grand reforming tour, in memory of their Ertegun Ahmet. The band’s promoter Harvey Goldsmith urged people not to buy the alleged tickets as they aren’t unauthorized sources,but not denying the event all together in any way. Ticket masters goof? Seems likely.

Secondly a strange splash screen, with a mysterious 13.09.2007 date, appeared on ledzeppelin.com, it clearly means somethings big will happen at the respective date. On September 12 a press conference will be held, that hopefully will clear everything over. Coincidentally or not, 13 September is also the release date for the best of Led Zeppelin compilation Mothership, a 2 CD, 24 tracks retrospective at the bands best work.

Led Zeppelin broke up in 1980, after John Bohman’s tragic death, his bandmates declaring the band dead with him as well. Since then the trio has only played together twice, once at the 1985 Live Aids concert with the then Genesis drummer [tag]Phil Collins[/tag], and secondly as part of their induction into the Rock And Roll Hall Of Fame. If the band gets back together then it would be the second shocking reunion of the year, after the Van Halen/David Lee Roth comeback.