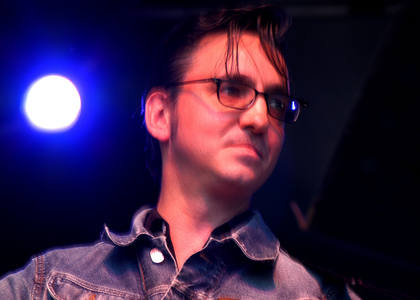 So far it’s been a busy and fulfilling year for Sheffield homeboy Richard Hawley, releasing what seems to be one of the best records of the year once with his fifth solo album Lady’s Bridge. Hawley’s hometown of Sheffield is a key thematic element on Lady’s Bridge. As with the mythical Sheffield lovers meeting place, Coles Corner, Hawley’s new album is named after another local landmark. “Lady’s Bridge is the oldest bridge in the city,” says Hawley. “Historically it connected the poor side of town, where I’m from, to the rich side. But it’s also significant for me because I feel like I’ve crossed a bridge in my life lately.” Check out the album’s first single “Tonight the Streets Are Ours” in the stream bellow.

>>Stream: Richard Hawley – Tonight The Streets Are Ours

Richard is truly fantastic musician, one that needs to be seen live; and this is where his upcoming North American tour comes in with gigs scheduled across the US and Canada. Dates after the jump.