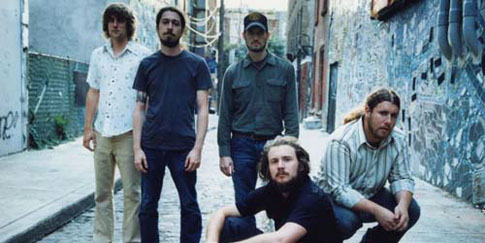 Since they first popped out on the mainstream radar, with the critical acclaimed release Z, the Louisville quintet hasn’t quite fancied itself in making public appearances, apart from the usual gigs. If you add that to almost 3 years of non existing new material, you could MMJ is kinda holding back on us, details, however, concerning their much anticipated upcoming, still untitled album, have emerged. For now what we know is that the recordings are almost done, the album being at the mixing stage, produced by frontman Jim James and producer Joe Chiccarelli (White Stripes, the Shins, and Brian Wilson) and that it will be released on June 10 via ATO.

The band has also revealed a short string of tour dates, with a far larger set of gigs to be announced for sure, most probably after the new album’s release.