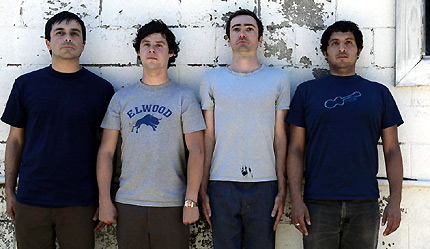 Albuquerque native [tag]The Shins[/tag] have mapped the dates for their upcoming autumn all-US tour. The band will play a string of shows, through out the month of October, on a lot of popular venues, like Manhattan’s Terminal 5, Chicago’s Download Festival or Las Vegas’s Vegoose Festival. For you European Shins fans out there, you still have the chance to see them live, as they’re currently playing gigs across much of Europe, until the end of this month.

* with the Shaky Hands
# with Vetiver