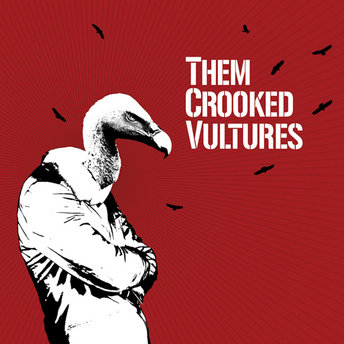 After having released a free single on iTunes, Them Crooked Vultures have now decided to release the entire album to Youtube for streaming. I can’t recall an artist putting an album stream on Youtube before. Albums have appeared there before, but not legally. It’s usually made available on either MySpace or a webzine, so this is new.

I haven’t made it through the entire album yet so I can’t speak as to whether or not this supergroup was a good idea – although the first half is actually solid upon an admittedly quasi-cursory listen. They’re typically (read: pretty much always) a bad idea, leading to albums that could’ve been something more, a great single in an otherwise grey affair, or just plain shit.

Whatever happens, that cover is cool as shit.