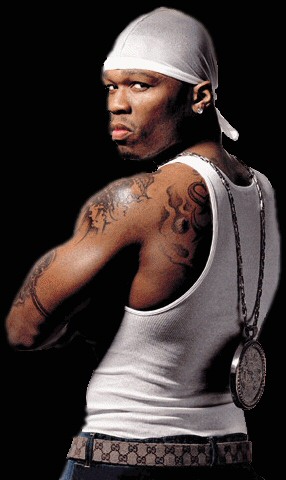 Famous rapper [tag]50 Cent[/tag] revelead earlier this week details concerning his next studio release entitled “Curtis”, due to be released on September 4. 50 Cent by his real name Curtis James Jackson III has watched his name rise to stardom through the years, thanks to his multi-platinum discs “The Massacre” and “Get Rich Or Dye Tryin”. A lot is expected from his upcoming LP.

A lot of guest artists are said to have collaborated with him. Big names like [tag]Akon[/tag], Mary J Blige, Pussycat Doll [tag]Nicole Sherzinger[/tag], Robin Thicke, Tony Yayo and Young Buck are all expected to feature on the album.

Apparently info on the singles that will be featured from the album have also been revealed. “Amusement Park”, “Come & Go”, “Follow My Lead” and lead track “Straight To The Bank” are set to be the singles for 50’s third album.

The tracklisting for “Curtis” is as follows: