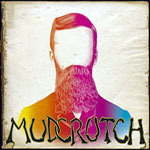 Tom Petty is without doubt one of the most influential and recognizable American artists, of the 20th century. His work spans on over 3 decades, after releasing countless records with The Heartbreakers, The Traveling Wilburys, as a solo artists and of course, as of lately, with Mudcrutch. When you reach a certain age (Petty’s pushing 60), there’s a lot of things going through your mind, mostly lost chances and untaken paths; this is when a man usually wants to mend some of his mistakes and set order in his life. I don’t know if a sudden case of nostalgia or a sense of inner justice pushed him to round up the old Mudcrutch band, and finally release their debut, 35 years late, but it was certainly necessary.

For those a bit unfamiliarized with Mudcrutch, here’s a quick history lesson: the band was formed in the early ’70s by Tom Petty, Mike Campbell, Randall Marsh, Tom Leadon and Benmont Tench. Unfortunately, for one reason or another, they never really managed to release a decent, full length album, just a few demos and singles. Thus the band soon fizzled and broke up by 1975. Soon after Petty, Campbell and Tench decided to remain together and form one of the best rock bands the country’s ever seen: Tom Petty & The Heartbreakers. Everybody knows what happened from there on.

Now, after a very long time, Tom alongside the rest of the Heartbreakers (Tench and Campbell) managed to round up Leadon and Marsh, and finally reforme Mudcrutch after a very long pause. The album was recorded on the fly, in just ten days, in Tom Petty’s personal, at-home, recording studio with Marsh on drums, Tench on keys (more on organ), Petty finally puts his Rickenbacker on the side for a while, for his old time passion, the bass, while Campbell and Leadon both share guitar duties, taking turns on lead. Let me just say the production work (signed by Petty himself) is top notch, with an emphasis on the live, raw nature of the band, just like it’s supposed to be made.

One of the first thoughts that came to mind, when I first heard about the reunion, was whether it was really necessary. I mean, half of the band, including it’s heart and soul Tom Petty, formed The Heartbreakers, so what could Mudcrutch possibly provide in addition? The thing this is a so-so situation. On one side the band doesn’t stray off too much from The Heartbreakers style, but at the same time it employs some more retro, southern roots that are totally unique, and that’s more then normal considering the time frame in which the songs have been written.

Speaking of songs, there’s quite a few gems to pick from. “Scare Easy,” the first single, is my personal favorite, a really catchy late Heartbreakers style tune, with vintage, enigmatic lyrical melancholy in the form of “My love is an ocean/you better not cross it…” and “I’m a loser at the top of my game…” “Crystal River” is the album’s true epic, spanning at nearly the 10 minute mark, as it dips into epic down-tempo introspection, wrapped in steel guitar and Petty’s signature swoon. One of Petty’s, as well as the Heartbreakers’, biggest influences is The Byrds and this is clearly shown in the Mudcruth release as well, thanks to the two covers present “Lover of the Bayou” and “Six Days on the Road.”

This is with a doubt one of Petty’s best work of the last 20 years and definitely a solid contender for this year’s best album of the year, although it’s still very, very early to make speculations. The magic experienced while listening to this record is quite breath taking, a revisit back in time, to a mid ’70s bayou, next to a pack of dirking buddies jamming over southern classics. You couldn’t ask for more and trust me when I say this is a journey worth taking!