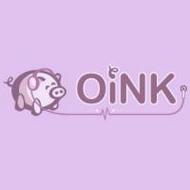 Back in late October, disaster struck music fans and internet freedom fighters everywhere around the globe, as the largest music torrent portal, OiNK, was shut down by the Interpol, International Federation of the Phonographic Industry and the British Phonographic Industry. A heck load of commotion went through out the following weeks, with a shocking endorsement and pat on the back from Trent Reznor himself. Now, more then half a year since the incident, people have began to put OiNK behind, many forgetting about the tracker altogether, however the police doesn’t have a memory problem and it seems this little piggy isn’t home free yet.

Apparently, a few days ago, the police made a lot of arrests, taking down to the precinct about six former OiNK users, among which a fellow who’s facing criminal charges, for seeding one single album. No matter how preposterous this might sound, there’s nothing phony or funny about the issue. Currently all the arrests OiNK users are  on the streets, on bail, but they’ll soon have to face the court. There’s even a name for the crime, that they’ve undertaken, and that is: “Conspiracy to Defraud the Music Industry”. Pretty pompous way of saying illegal download. For more about the subject, you may consider reading post one and two by TorrentFreak.