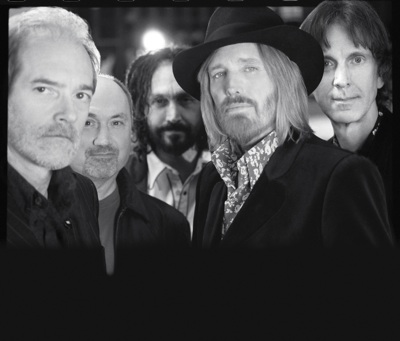 For those of you a bit unfamiliarized with the band, here’s a quick rock history lesson. Mudcrutch was mid ’70s rock band from Florida, that was packed with potential and talent, but unfortunately never made it big. The band apparently broke up prematurely, as they didn’t even record a proper studio album debut, but while Mudcrutch didn’t manage to achieve success, it did however spawn one of the most popular acts ever seen in the US: Tom Petty and The Heartbreakers (formed by former Mudcrutch members Tom Petty, Mike Campbell and Benmont Tench).

Now, 33 years after the Mudcrutch break up, Tom Petty rounded up the rest of the gang, calling Randall Marsh and Tom Leadon to run a reforming idea past them. “I guess I started thinking that we left some music back there, and it was time to go and get it,” said Tom Petty when asked why he decided to reunite the band. After getting back together at Petty’s Malibu crib, the band soon started to record their old songs, in a improvised recording studio. The self-titled debut was finished fast, really fast, recorded live, with no overdubs. By many, the album is considered a revelation and tribute for all the awesome past bands that were unfortunately cast upon the shadow of anonymity. Musically the Mudcrutch self-titled employs a mixture of Tom Petty-like bluegrass and conventional southern rock, that blend out really well.

The Mudcrutch debut will get out on the 29th of April, while the band will exclusively tour California until the respective release date, with some further nationwide probably in the making. Tracklisting and tour dates right after the jump.