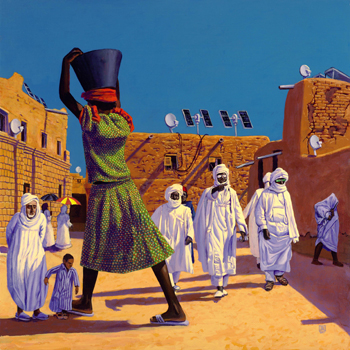 Well whoever said that [tag]The Mars Volta[/tag] music is “puzzling” is oh so right, especially when the Long Beach, CA based band, recently put out a brain challenging puzzle on their website. The puzzle is made out of 16 blocks, all forming the cover art for TMV’s forthcoming 2008 studio album “The Bedlam in Goliath,” the type where you have to move a block one at a time. Yeah I know it’s really frustrating. If you successfully complete the puzzle caption you’ll be rewarded with a new song from the band, actually a Circle Jerks  cover of “Back Against the Wall.” Play the puzzle here and check out the album’s cover art after the jump.

The Bedlam in Goliath has a release date scheduled for January 29, 2008. The Mars Volta have also mapped a February/March spring tour, along with a New Year’s Eve exploding show in San Francisco.