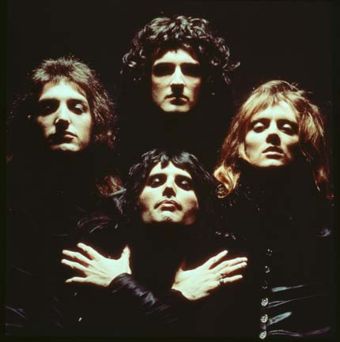 This thing is huge; fabulous. Queen cleans the spider webs from their instruments and they start to sing again. Wait just a minute. What could they do about Freddie.

Their website announced that the band was going to release their first single in ten years a few days ago and more then that it was announced that it will be for free as well. The rock band introduces again frontman Paul Rodgers and they recorded “Say It’s Not True,” to mark World AIDS Day on Saturday. Freddie Mercury, Queen’s famous lead vocalist, died of an AIDS-related illness in 1991.

“By making the song available for free, we hope to help Nelson Mandela with his campaign to get across the message that no one is safe from infection,” Queen’s drummer Roger Taylor said Thursday. “We have to be aware, we have to protect ourselves and those we love.” He said the song follows the line of Mandela’s personal message: “It’s in our own hands to bring a stop to this.”

They should not stop here as so many would love to hear them sing again and they could be helping in numerous ways. But the thing is that this pretty much goes agains what they said ten years ago when they recorded their last single, “No-One But You.” It was released in 1998 in a tribute to Mercury.