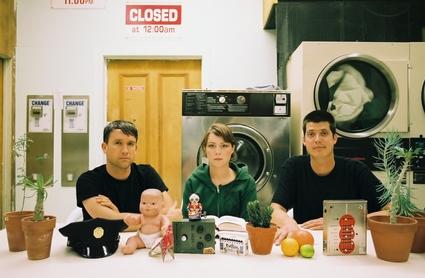 San Francisco’s favorite experimental indie band, [tag]Xiu Xiu[/tag], are just a few weeks away from the release of their sixth album “Women As Lovers.” As a unexpected teasers, they decide to stream the whole thing down at the band’s MySpace page. We gave it a few repeated listens, actually it’s on the background as I type, and so far it’s shaping up as a really solid effort. Need more listens to form a opinion for a upcoming review though, which will undoubtedly be posted around the album’s release date of 29 January. So far, stand out tracks include “Master Of The Bump,” “White Nerd,” “Child at Arms” and “Under Pressure,” which features Michael Gira. Hurry and take a bite of this great appetizer, while you still have the chance, as the streaming ends on January 10; that’s Friday.