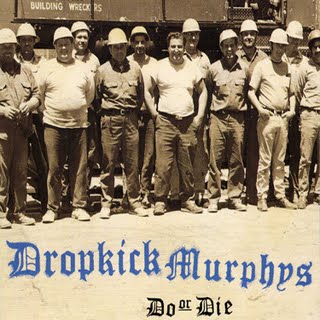 [Sorry I was unable to write a new “Polarity” this week, but it should be returning next time. This is a piece I wrote recently in honor of the start of another National Hockey League season last night, and my inability to not connect it with music in some way. If you have any other suggestions on top of my five, hit me with them in the comments!]

John Buccigross, hockey analyst for ESPN, is an AC/DC fan. That’s nice. So are billions of people who equate Angus Young’s riffs and Brian Johnson’s hyperkinetic wheeze with body checks and totally awesome wrist shots. I’ll never understand how songs like “Let Me Put My Love Into You” and “You Shook Me All Night Long” make anyone think of ice hockey. If Bucci used to get action underneath the stands at Flames games, then I’d understand, but he has more dignity than that. All I’m saying is that the NHL has one of the best products of any sporting league in the world, and music could be just as good of a marketing tool using a soundtrack not composed by decomposing 62-year-old crowd-pleasers. Plenty of individual franchises could take some advice here. 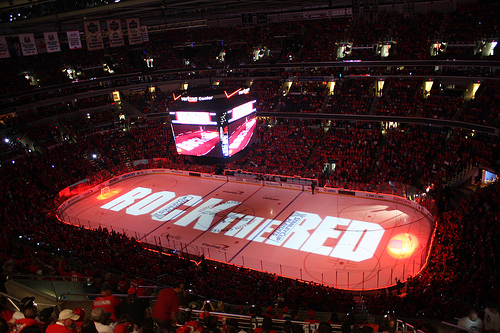 I love watching the Caps win, but I always wince as the team converges on goalie Semyon Varlamov (or Jose Theodore) to congratulate him, solely because I know that Poison’s “Nothing But a Good Time” is on its way onto the PA system. It’s nice of the DC in-game entertainment staff to provide Brett Michaels with a little post-1990 relevance that doesn’t involve skanks clawing at each other for his love. On the other hand, even the middle-aged attendants at the Verizon Center who sincerely liked “Unskinny Bop” back in the day are ready to move on.

Here are five relatively recent albums that you could hit play before any NHL game and it would just fit. 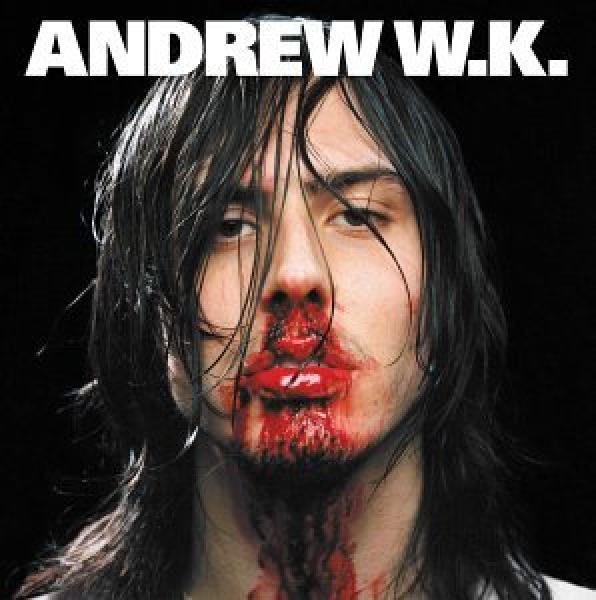 ANDREW W.K. – I Get Wet (2002)
PROS: Who doesn’t love hearing “Party Hard” or “It’s Time to Party” after a well-earned victory? This dense wall of metal laid beneath completely mindless lyrics is good enough for a Bud Light commercial that has a bunch of shirtless fat guys dancing around in slow motion while strobe lights flash. Tell me you don’t see that all over the place after a goal is scored anyway.
CONS: “Party Till You Puke” may dive a little overboard for most crowds. Unless that crowd is at the Wachovia Center, in which case Andy should do the “Party Till You Puke (then Boo Santa Claus)” Remix. 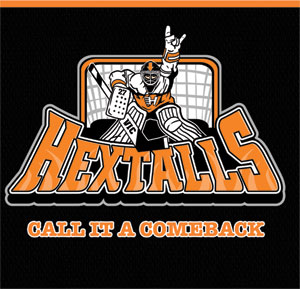 THE HEXTALLS – Call It a Comeback (2007)
PROS: Fun, fast, catchy, and puts a big smile on your face, occasionally may even elicit high-fives from J.S. Giguere-hating fans of the Flames, Kings, and Wings! Any Ramones-rip off band named after hockey’s most abrasive one-man goaltending show, particularly with a song called “J.S. Giguere is a Robot” has to be considered.
CONS: They swear. A lot. “I’m the Best (In Bed)” rides the same thematic trails as our friends in AC/DC, except they leave extremely little to the imagination. Call it irreverent, and call it a lawsuit for anyone who puts on “Jeff Siemens vs. The Toothbrush” in one of the NHL’s more prudish markets. 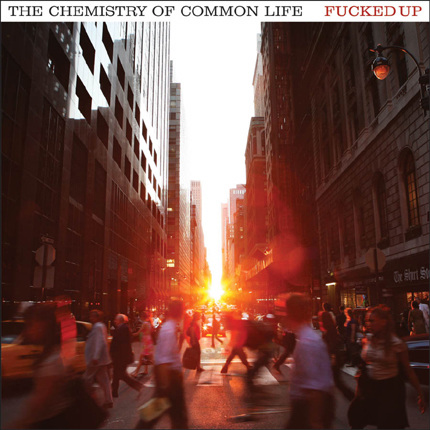 FUCKED UP – The Chemistry of Common Life (2008)
PROS: A down-home, highly sought-after Toronto art-punk band blasts out your eardrums with impressive, even sometimes pretty, rockage. Singer Damian “Pink Eyes” Abraham both sings like, and looks like, the kind of goon you want on your fourth line to punish the poor sap who laid a finger on your wirey little superstar.
CONS: Well, the band’s called “Fucked Up,” for one. Granted, it’s not like they say their name constantly throughout the lyrics. But it’s not the best PR, especially given how melodic grinders like “No Epiphany” and experimental soundscapes like “Golden Seal” will probably go over a lot of fans’ PBR-drenched brains. 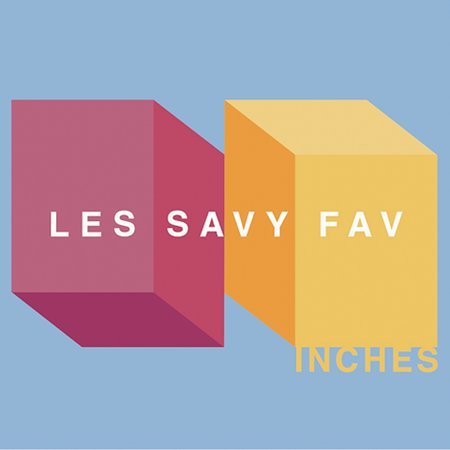 LES SAVY FAV – Inches (2004)
PROS: Tim Harrington is another front man that you wouldn’t want to mess with. But not because he’s quite as big or as hairy as Abraham (close), but because at any given time he could dive into the crowd wearing nothing but a Richard Nixon mask, a layer of recently-applied house paint, and a pair of tightie-whities too tight and white for the good of anyone he lands on. But that bellow is unmistakable, and Les Savy Fav’s frantic, pointed, take-no-prisoners approach to indie rock is a pretty good metaphor for the type of energy you need to win hockey games. Also, bassist Syd Butler remains a Capitals super fan despite living for years in Brooklyn. Looks like the Islanders didn’t attract his fancy for some reason.
CONS: Again, Tim Harrington is crazy (see description in “PROS” section), so if he becomes any kind of face of the music-hockey overlap then it’s all over.

DROPKICK MURPHYS – Do or Die (1998)
PROS: Nothing reminds you more of hockey than a ragtag clan of rough and tumble thugs who are willing to pummel each other en masse, and then get up, shake hands, smile toothless grins, and go out for a few drinks with their new buddies. The final game of each NHL playoff series ends with the same set of emotions as a Boston street brawl. Weird. For the record, any DKM record could fit this billing; I’m including “Do or Die” because it’s their first and best. Also, the songs “Do or Die,” “Get Up,” and “3rd Man In” could all easily be about hockey specifically.
CONS: A pretty intense conflict of interest for the Bruins, considering how DKM are almost too Boston-y for their own good sometimes. Also, they throw in arbitrary tin whistle folk songs that may throw off whatever Rob Ray-esque groove the driving punk anthems may have established. Regardless, DKM are already making their way into the soundtrack for Bruins games, paving their way for (hopefully) Minor Threat at Caps games, Sick of It All at Rangers Games, Andrew W.K. at Wings games, and maybe someday Fucked Up at Leafs games. That team needs to get back into the playoffs one of these years.