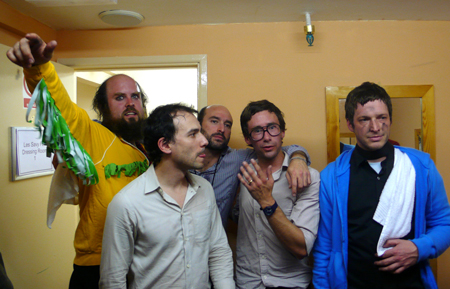 A pesky leak forced the eccentric NYC quintet to move their latest album’s digital release date from mid-September to August 3rd, which for you couch potatoes  is today. As a small sample of what’s to be expected from “Root for Ruin“, Les Savy Fav‘s fifth full length if you wanna count them, I present you with “Let’s Get Out of Here”, a densely guitar packed, full stomp anthem. Yeah, typical Les Savy material, which is why maybe I’m so into it right now. Check it out below. “Root for Ruin” is out now on Frenchkiss Records.[via Pasta Primavera]