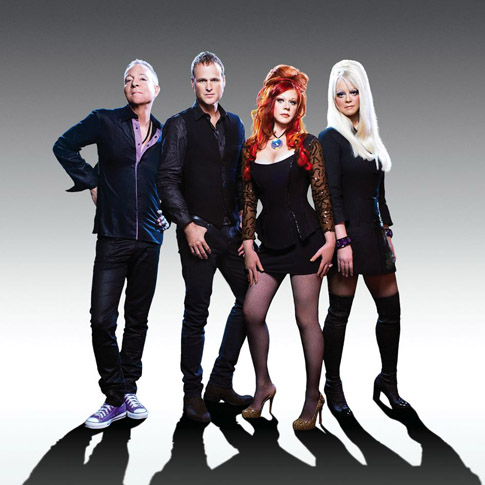 The pioneering dance-rock stars, [tag]The B-52’s[/tag], are set to explode once again on the scene, with their first studio album in sixteen years, set for a March 25 release date, titled “Funplex.” Thus, the influential band, who bridged a gap between punk and new wave with a sound that was uniquely their own, along with producer Steve Osborne (New Order, Happy Mondays, Doves, KT Tunstall) have created a new album, that intendeds to be as cutting edge, distinctive and danceable as their self-titled debut album and hit single “Rock Lobster” were in 1979.

Recorded in their native Athens, GA and with all 11 songs written by Kate Pierson, Fred Schneider, Keith Strickland and Cindy Wilson, ‘Funplex’ finds the band in vigorous, forward stance, while staying true to the party-rock style that influenced such current bands as LCD Soundsystem, Interpol and The Scissor Sisters. Guitarist Keith Strickland explains, “It’s loud, sexy rock and roll for your pleasure zones, with the beat pumped up to hot pink.”

“We are thrilled to be bringing The B-52’s music to a new generation of intergalactic fans. Cindy, Fred, Kate, and Keith have made an album that is incredibly fresh, dynamic and perhaps most importantly, quintessentially The B-52’s … instantly recognizable, instantly fun,” Astralwerks label manager Glenn Mendlinger comments.

The band have been touring nonstop, recently making a triumphant return to Europe after a 10 year absence, headlining Spain’s Benicassim Festival and the London Lovebox Festival this past summer. Fans will get a sneak peak at ‘Funplex’ with live performances set for 10/31 at Roseland Ballroom in NYC and 11/16 at The Roxy in Los Angeles. The B-52’s latest single, “Funplex,” is now available from iTunes.