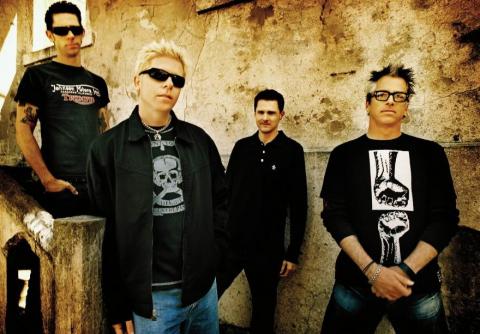 The Californian punk quartet, The Offspring, have just revealed to their eagerly awaiting fans, that they’ve finally manged to finish recording their latest studio effort “Rise and Fall, Rage and Grace,” the band’s first album in five years, since the 2003 Splinter.

“After over a year of recording, I’m happy to announce that we are finishing up our CD this week. We’ve worked really hard on this and I think it’s some of the best stuff we’ve ever done. Our first single is called ‘Hammerhead’. Listen for it on the radio starting in early May.“

The album is due for release on June 17, 2008. Look out for them at many and various festivals across Europe, including the Download Fest, that they’re headlining. A full-scale tour is also being planned for the summertime.