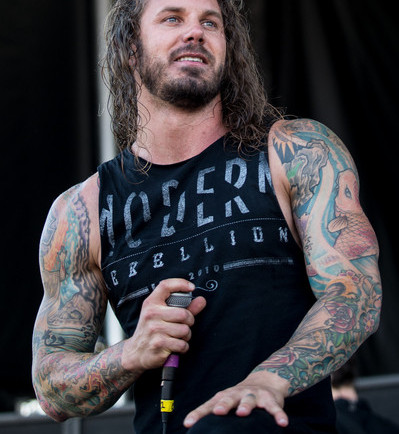 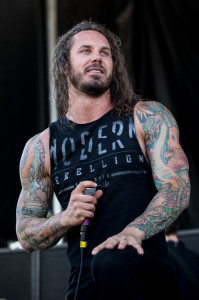 I don’t really like the gossip part of the music industry, but As I Lay Dying is one of my favorite bands, and maybe you might want to know if the frontman from a band you love wants to kill someone and he ends up in jail. Tim Lambesis, just got out of jail after 3 weeks after paying a $2 million bail. It seems that this guy hired someone to kill his wife, and now, even though he was freed, he has to wear a GPS device and stay as far as he can from his wife and their 3 children.

According to the prosecutor , Lambert gave to a guy an envelope with $1000 and after finishing his job, the hired guy should have received $20000. Of course that his lawyer was saying something like: oh it’s the steroids and all that bla bla. And also his wife said the same thing:

He has become obsessed with bodybuilding and spends a great deal of time lifting weights, hanging out in the gym, and being unavailable to the children.

Lambert is going to appear again at the court on 26th June this year, and the fact I don’t understand is why didn’t he wanted to intend a divorce or something, it was a lot cheaper. And I am also curious what do his colleagues have to say about this fact.