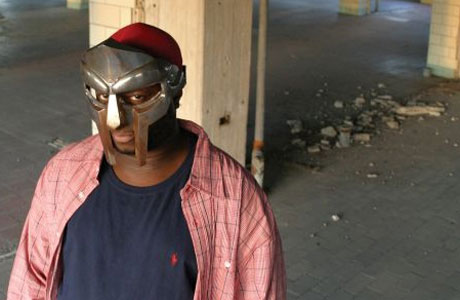 Masked underground hip-hop sensation MF DOOM has recently been added to the lineup for Leeds Festival in August, and here’s a few reasons why you should be as excited as I am. But first, a brief profile.

MF DOOM (Daniel Dumile) has been on the hip hop/rap scene ever since his early work with KMD in ’88. Before the release of their second album, the group were dropped from their label over a controversial cover art, and DOOM (then Zev X Love) disappeared for years. Returning in the late nineties under his new identity MF (Metal Fingers) DOOM, Dumile took to wearing a mask similair to that of Doctor Doom from Marvel Comics, a prop mask he obtained from the film Gladiator. His first album, Operation Doomsday explored DOOM’s interest in old school samples, and his unique rap flow. Since then, Dumile has taken on new names, personas and collaborations, King Geedorah, DOOM, Viktor Vaughn, Metal Fingers, Madvillain, DangerDoom, JJ Doom. With an impressive discography and fan base, MF DOOM currently stands as one of underground hip hop’s biggest faces.

So, why am I so excited to see him live?

Over the years, DOOM has had some bad press over allegations that he has sent impostors to perform in his place. While Dumile himself has never admitted to this, it is thought by fans to be a part of his act, as Doctor Doom used to send robot impostors to fight in his place. Cool, huh? There is just something interesting and funny about the combination of Marvel super villains and hip hop.

Another reason I can’t wait to see him, is the impressive discography he has. In his live shows over the past ten years, he has been known to have a set that consists of songs from all his different rap projects. From Madvillain (collaboration with Madlib) to his early Operation Doomsday stuff. After listening to him for a few years, there isn’t an album release that DOOM has been a part of that I don’t like. So, that’s good.

And the main reason is simply, DOOM doesn’t perform live often. It is a rare treat to see this guy live, and at such a big festival as well. Simple.

So if you’ve got an early bird entry ticket for Leeds festival, be sure to YouTube a few of his releases, download an album, and make sure you catch DOOM live.

I’ll see you there. Make sure to bring your replica Doctor Doom mask.