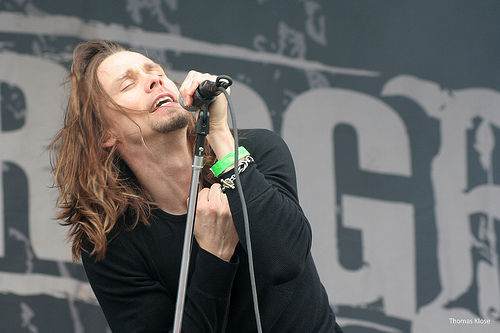 And the saga continues…

Yes, I know this Led Zeppelin reunion crap has been going on for too long. Ever since their infamous O2 gig, things have been hectic, to say the least. First the band met for some talks in January, then various people began to hint towards a reforming and even possibly a new album! This despite their long time frontman, Robert Plant, denied the whole things repeatedly, because he wants to concentrate on his solo career. He’s got a good thing on his own now, and we should all respect his decision.

However, who says Led Zeppelin needs Plant in the first way? Sure, he’s part of the heart and should of the band, but just like the replaced John Bonham on drums at O2, just as well he can also be expendable. If your memory serves you well, just a few months ago, at Wembley Stadium, John Paul Jones and Jimmy Page joined Dave Grohl on stage to play a few Led tracks. Dave, of course, performed vocals. This gives even more credit to the thought, speculation, whatever you want to call it, that Led Zeppelin is going to reform under a new lineup (read new singer).

The highest possible contender to the title, according to the latest rumors that’ve been buzzing around lately, is Myles Kennedy the current lead singer for Alter Bridge (an alt rock group mostly composed of ex-Creed members) and former vocalist of The Mayfield Four. The rumors about him being the next Led frontman have sprung up after Twisted Sister frontman Dee Snider, thanks to his connections in the music industry, stated that Kennedy has a big chance of singing for Led in case Plant is still reluctant. Recently, Plant totally dismissed once and for all any ‘silly’ reunion rumors, through an internet message, where he said he’s not looking for any touring, especially since he just wrapped one on October 5th, after traveling the world with Alison Krauss.

“Robert has no intention whatsoever of touring with anyone for at least the next two years. Contrary to a spate of recent reports, Robert Plant will not be touring or recording with LED ZEPPELIN. Anyone buying tickets online to any such event will be buying bogus tickets”

Dee Snider recently appeard on Much Music‘s “Where Yout At Baby” show, once again confirming the rumors on national television, that Led will be fronted by Kennedy.

Now, don’t get me wrong, the kid is fantastic! He’s got a golden voice and I’m sure he can sing the hell out of any Led songs, maybe, pardon my blasphemy, even better then Plant himself. The issue, however, is that it’s NOT Plant. I mean, are we so desperate for a Led Zeppelin reunion, that we don’t care anymore who’s up there, on the stage? Would any of you buy a ticket to a Led/Kenney show? That’s what I want and need to know.

Bellow is a video of Alter Bridge’s Broken Wings.