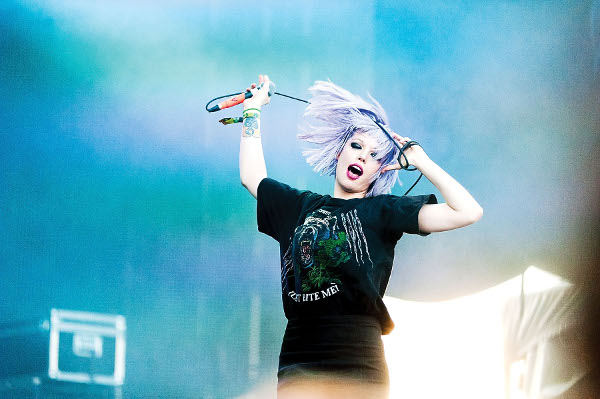 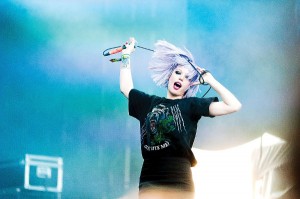 The song “Affection” is the latest Crystal Castles’ third album, ‘III’ , which will be out on November 12th (see Crystal Castles reveal new album) – they postponed the release date actually with a few more days than they originally announced.

In my opinion, this song is different from Plague (from the same album), which only makes me more curious about the other songs from this new album.

In a recent interview for NME, Alice Glass ( the female part of the band) talks about some things that influenced their music so far:

I think a lot of kids are more sexualised now than they were now than they were years ago and I’m not sure it’s a coincidence…Like f***ing Katy Perry spraying people with her f***ing d**k, her f***ing c*m gun coming on f***ing children. And little girls, like six-year-old girls wearing a shirt with ‘I wanna see your [pea] cock’ on it…Don’t encourage little girls to get dressed up, to have cupcakes on their tits to get people to lick them off ‘cos that’s what you’re insinuating.

Enjoy this great song from a band that is not ashamed to talk freely!