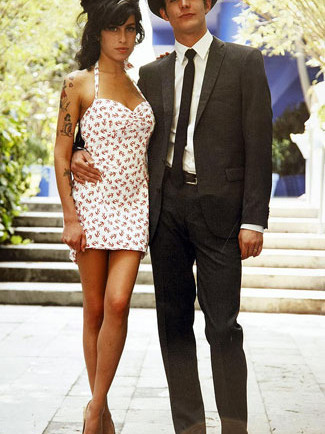 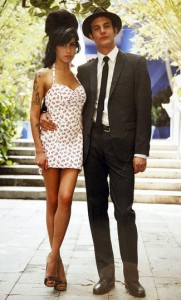 Poor Amy Winehouse (I just can’t believe how many things happen in Amy’s “absence”), some burglars have broken into her former home, in Camden-North London, and stolen two dresses worth £130,000: one of them is her wedding dress, worn by her at her Miami marriage in 2006, and the other one she wore during a performance on Later… with Jools Holland later, same year.

Since Amy is no longer with us, her father took the floor, and talked in a recent interview for The Sun about selling the house and how this event sickens him:

The house in Camden is being sold, so all of her possessions have been tagged, numbered and logged in preparation of storage. There was a window of about two days while that process was underway when the dresses could have been taken…A few people were involved, and there was some coming and going. We’re going through everything else to see what else, if anything, has been lifted. It’s sickening that someone would steal something in the knowledge of its sentimental value.

Her wedding dress was only a little cotton thing, a hundred quid at best in the shops. Whoever nicked it realised its significance and knew it had an extra value. 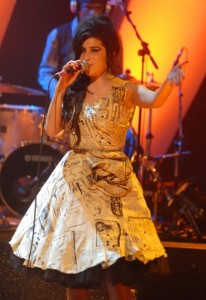 Source. The dress wore on Later… with Jools Holland later.

Well, whoever did this nasty thing should’ve been ashamed of him, because these two dresses were set to be put up for auction, in order to raise money for helping kids with drug problems through The Amy Winehouse Foundation.